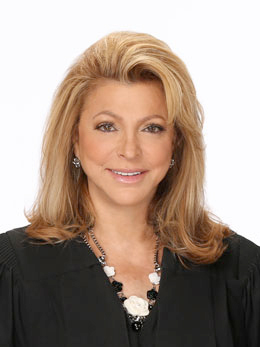 Hon. Michele F. Lowrance (Ret.) has 19 years of experience as a Domestic Relations Judge in the Circuit Court of Cook County and was a Domestic Relations Attorney for 20 years prior to that. She is now a professional mediator at Jams Inc., and an author, commentator, and presenter on family law issues in Illinois and across the United States.

Judge Michele Lowrance’s approach to mediation encompasses the emotional and financial aspects of divorce, bringing her finely-honed problem-solving skills to even the most high-conflict cases. She recognizes that a successful breakup or divorce signals a changed relationship, not just a severed connection. Judge Lowrance speaks to or meets with all parties considering mediation in order to custom-tailor the best way to use the mediation process for each individual couple’s needs and sensitivities.

Lowrance, a child of divorce who was raised by her grandparents, is also divorced. She has devoted her professional life to helping those similarly situated.

Judge Lowrance is the 2015 recipient of the prestigious Samuel S. Berger Award, which recognizes attorneys and judges who exemplify the highest standards of integrity, courtesy, knowledge of family law, and the extraordinary ability to solve human problems.Read more

Michele Lowrance co-authored the book “The New Love Deal” (2014). She is the author of the book, The Good Karma Divorce (2010) published by Harper Collins. She has presented The Good Karma Divorce and Good Karma Lawyering for Illinois Continuing Legal Education. Michele co-authored with Jill Egizzi Parental Alienation 911 Workbook, articles for Family Law Advocate, and Divorce Magazine. She is a regular contributor to the Huffington Post, and Visitation Guidelines for Cook County. She has received special honors by the American Academy of Matrimonial Lawyers. Michele is on the Advisory Board of Divorce Magazine.Read more

Michele Lowrance has also been a special guest and mediator on the MSNBC series Chained to My Ex, Good Morning America, NBC Today Show, CBS Morning Show, Court TV, Curb Your Enthusiasm panel discussion, EXTRA, and American Justice with Bill Kurtis; co-host of the radio program Family Matters on Syndicated News.net; and producer and host of the talk radio show Your Health Matters on Infinity Broadcasting.

Judge Lowrance created and Teaches a Protocol for Mental Health Professionals to Minimize Trauma of the Divorcing Process. This program given to the Family Institute of Northwestern, Institute of Psychoanalysis, Forensic Forum, Chicago think tank, Hines Veterans Hospital 2014. She has been a guest lecturer at Chicago Divorce University, the Chicago Bar Association, the University of Chicago, De Paul Law School, Kent Law School, Northwestern University, the Forensic Forum and the Chicago Think Tank.Read more

Judge Lowrance has taken her Mediation Certification and Training at both Harvard Law School (2011) and De Paul Law School (2010). She has also taken The Harvard Program on Negotiation, Interdisciplinary Collaborative Training (2013) and completed training at Northwestern Law School Mediation and Neuroscience (2013).Read more